After an abusive relationship

We reached out to Kara* who fought her way through an abusive relationship and this is her story.

Kara had been in a relationship for over eight years and throughout the time, no one knew what she was going through.

From the outside, she and her partner were often described as the perfect couple. Unfortunately, only she knew how flawed their relationship was. “There was love in the relationship, but there was also pain,” Kara shared.

“There were times when I would wonder how much he understood and loved me, but at times I would be afraid of him and my life too. I have been emotionally, physically, mentally and financially abused by the one I thought was my everything”.

Kara believed that it was possible to make a relationship with an abusive partner work out well.

Little did she know that nothing was going to change for the better.

THE FAULT WAS ALWAYS MINE

“Every time I was physically abused, I would sit by him after he had calmed down and try to make things work. I would never lie or hide anything from him even though I knew it might lead to a disagreement. At the end of most arguments and abuse, I always end up apologising and taking the blame even though I did nothing wrong or at least that was what I thought. I wasn’t perfect, but I had given my best to make sure I could do everything to make the relationship work,” she said. “There were even a few times when I was physically abused in public, but it was late at night and no matter how much I screamed for help no one could hear me”. 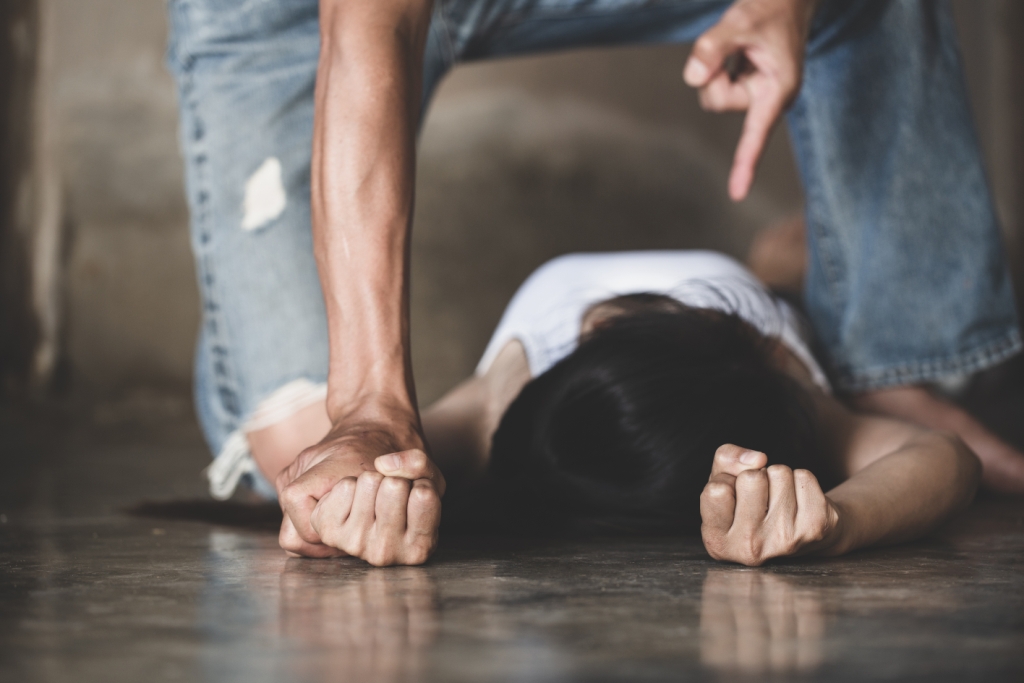 There were other incidents as well when their arguments were very heated up and Kara was punched, kicked, hit and was even pushed against a mirror on a wall that caused it to shatter.

“It’s scary to even think about all the things I went through. I did tried my best to fight back everytime I could, but I just wasn’t strong enough,” she said, as she recalled her ordeal.

It took Kara a long time to find her way out of the relationship. Each time she tried to walk away, he would make hurtful remarks that made her feel like everything was happening because of her. So, she blamed herself for years and tried to change herself to make sure her partner was happy and everything was fine. However, things began to worsen.

“I just couldn’t because I loved him so much but after an incident where he verbally abused me, I knew it was time to walk away. Finally, I came to my senses and wanted a little break, but he refused to respect my decision and didn’t want to let me go. That was when I truly realised that it was time for me to push him back and walk away”.

Despite her facing abuse, Kara still felt that it was a heartbreaking separation.

As Kara walked away from her relationship, things weren’t easy for her. The violent abuse that she experienced had begun to haunt her, leading to constant anxiety and panic attacks. The nightmares were also bad as she would wake up most nights in tears fearing that it was all happening again.

“It’s been over three years now since we’ve broken up, but I still have nightmares and panic attacks,” Kara shares.

For Kara, she was able to start her life again and that was how she found the true love of her life.

She shares more about her new relationship, saying, “Things are much better now after I met my partner and I can proudly say that he has shown me what love is truly all about. Even after hearing everything I’ve gone through, he accepted me with open arms and did not judge me. He said that it wasn’t my fault for what I’ve been through”.

“Till today, my partner helps me deal with my Post-Traumatic Stress Disorder (PTSD). I still remember one day when I woke up around three in the morning after a nightmare and I instantly dialled his number up, as he wasn’t by my side. Despite it being so late, he still took the call and calmed me down. After I told him about my nightmare, he instantly asked me to calculate something and I was puzzled on why he would ask me such a question at that time. I didn’t question much about it as I was in tears and tried to figure out the answer to his question. After a short while, I gave him the answer and he continued to ask me a few more.

Once he noticed that I was calmed, he told me the reason behind the questions was to try and divert my mind from the nightmare, which actually helped. Until today, he would come up with different ways to divert my thoughts away when needed. I will forever be grateful to have him in my life”.

Thankfully, Kara wasn’t alone in her recovery journey. A few of her friends and her current partner stood by her side and helped her to become the person she is today. A good support system is important for victims of abuse. As Kara shares, “I will forever be grateful to have my friends and partner in my life as they have helped me heal and genuinely smile. If I had not reached out to them, I wouldn’t have healed and would most probably still be drowning in fear and pain from my past relationship”.

Style yourself for bed