Abu Dhabi: A City of Contrasts

What’s the first thing that you think of when you hear Abu Dhabi? Is it just sand dunes, camels and the desert? Well, you’re in for a treat, especially if you’re refreshing your travel bucket list because Abu Dhabi needs to be on it, stat! 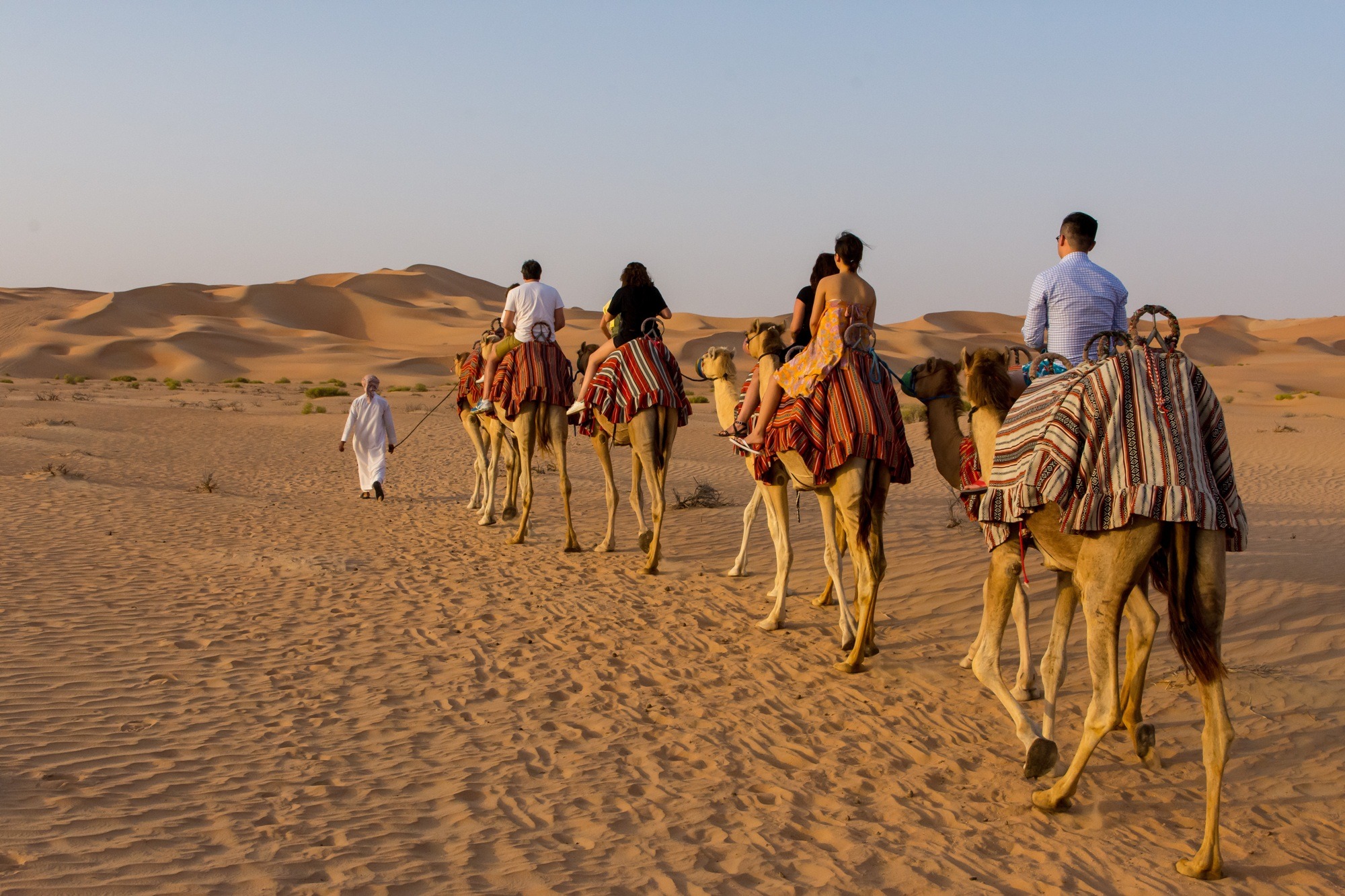 Well firstly, Abu Dhabi is the capital of the United Arab Emirates that’s the second most populous city next to Dubai. It is located on an island in the Persian gulf and the city’s quick development is due to oil and gas reserves and production. Abu Dhabi is also the United Arab Emirates’ centre of political and industrial activities and is a major cultural and commercial hub.

Visible from the bridge that joins Abu Dhabi island to the mainland, the Sheikh Zayed Grand Mosque is a majestic sight. Boasting more than 80 marble domes held up by 1000 pillars, it is a gem of modern Islamic architecture and a design marvel. Marking Sheikh Zayed bin Sultan Al Nahyan’s (first President of the United Arab Emirates) final resting place, this is one of the mosques in the region that are open to non-Muslims. Visitors are welcome except during prayer hours so do check on their website (www.szgmc.gov.ae/en/) before visiting. Go on the free 45-minute guided tour which is available in English which explains the fundamentals of Islam while pointing out notable sights of the interior. Additionally, as per mosque etiquette, all visitors must be modestly dressed in loose-fitting, ankle-length trousers or skirts, long sleeved shirts and headscarves for women.

Yes, you read right, this museum has a world-class collection of art that spans from the Neolithic period up to present day. Art is grouped by theme and time-frame instead of country or civilisation which results in a journey through different cultures. Here, you’re likely to encounter beautiful art like a bronze winged dragon from northern China next to a glazed-brick Persian archer from the Achaemenid Empire. Do carve out two hours just to have a proper wander through the museum and longer if you are an art and history buff. For a quick one, there are 90-minute tours in English, Arabic and French. Located right at the northwest shoreline of Saadiyat Island, the sea was reflected in the architecture. For more information, check their website for updates at www.louvreabudhabi.ae .

The watchtower of the Qasr Al Hosn fort is the oldest structure in Abu Dhabi, dating back to 1760. The House of Artisans is the place to visit in order to see traditional crafts of the United Arab Emirates and their historic significance such as sadu, khoos weaving, talli embroidery and more. There are stories and a multimedia exhibit which showcases photos and live  demonstrations of traditional craft making.

See a slice of how Abu Dhabi was like prior to the malls and glittering skyscrapers by exploring the markets of Mina Port. See the freshest produce like dates and for those with a sweet tooth, the sweets are not to be missed! Browse the carpet souq selling heavy woollen Afghan rugs, head towards the water for the plant market which is also where the Iranian souq is located. This is where you’ll find eclectic kitchen ware, Arabic coffee pots and other types of knick knacks, perfect as souvenirs or home décor.

There’s something for the nature lovers as well. See how diverse Abu Dhabi’s ecosystem is at their Mangrove National Park which features mangroves that are home to fish, other small animals and over 60 species of birds. Visit the park between April to July to see the greater flamingo and western reef heron during breeding season. Head out via kayak, stand up paddleboard or a boat with one of the operators at the marina on the Eastern Mangrove Promenade.

Do note that from June through September, it is extremely hot and humid with temperatures reaching 41 degrees Celsius and sandstorms would occur occasionally which could reduce visibility.

6 Symptoms of a heart attack

Nutraceuticals and Pharmaceuticals: Know the Difference